The Area We Cover

The waters we fish are in North and West Wales. Full details of all the club beats are to be found in the Members' Area. Access to this is restricted to current members.

The River Dee gets its English name from Deva - the Roman name for Goddess - which translates the same as Dyfrdwy - the Welsh name for Goddess. This river certainly is majestic. It flows for over 100 miles from its source in the Ddualt Range of Snowdonia to its estuary between the Hills of Halkin and the Wirral peninsula. From the mountains it feeds into the western end of Llyn Tegid (Bala Lake) and flows out again eastwards through Corwen and Llangollen before turning north towards Wrexham and Chester.
We have beats spread along the upper, mid and lower reaches of this great river.
The Dee is renowned among anglers for game fishing. It is also one of the best rivers in the country for winter grayling making it invaluable for all-year-round fishing.

The Ddualt Range west of Bala acts like a watershed. To the east flows the Dee, but on the west side is another system which feeds the Wnion and Mawddach rivers. These join forces below Dolgellau before heading out to Barmouth and Cardigan Bay. We have access to several beats on both rivers which can be very productive and exciting when conditions are right.

The beautiful Vale of Clwyd holds another system. The Clwyd and the Elwy are the main rivers here. They converge below St Asaph and flow out to sea near Rhyl on the north coast of Wales. Sewin (sea trout) is the preoccupation when levels are good, but there is no shortage of salmon as well. The purist will be in his element on the higher reaches and tributaries where wild browns abound. 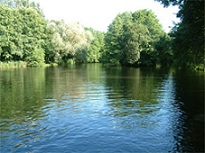 For the stillwater fisherman we have a number of lakes within this area. They vary considerably in size and stock. Most are well stocked with rainbow and brook trout, some hold natural wild browns, while in others you may find rare species such as char and gwyniad.

Before going anywhere to fish be sure you have a licence. To purchase a licence online click here.
In addition most river bank is owned or leased by clubs. You will need the permission of the club or the landowner before fishing.